Curious about CineMayhem 2014's short film line-up? Then check out all the details on the incredible shorts we'll be featuring this year below each night of the fest.

Tickets are currently SOLD OUT for our celebrations of THE FOG (3/28) and HELLRAISER (3/30) but there are some tickets still available for our Saturday, March 29th screening of VAMP with Robert Rusler HERE. We will be opening up a stand-by line only for both THE FOG and HELLRAISER next week so be sure to check back here if you missed your chance to get your own passes for either event.

The film stars Alfie Allen (GAME OF THRONES), Hannah Tointon (THE INBETWEENERS), Jack Gordon (PANIC BUTTON) and Christian Brassington (BURKE & HARE) and tells the tale of a murderer (Allen) who uses the cover of Halloween night to causally transport his latest victim from the scene of the crime to his final resting place. Wrapping the body in tarpaulin and dragging it through the busy streets of London as a bloody Halloween prop, all goes to plan until an old school mate (Brassington) recognises the murderer and drags him along to a swanky Halloween party nearby, where a chance meeting with a beautiful girl (Tointon) takes his evening on an even bigger turn for the bizarre!

THE BODY is the second short film by Writer/Director Paul Davis (HIM INDOORS/BEWARE THE MOON) and is Co-Written and Produced by Paul Fischer (RADIOMAN) for Ten Cent Adventures. 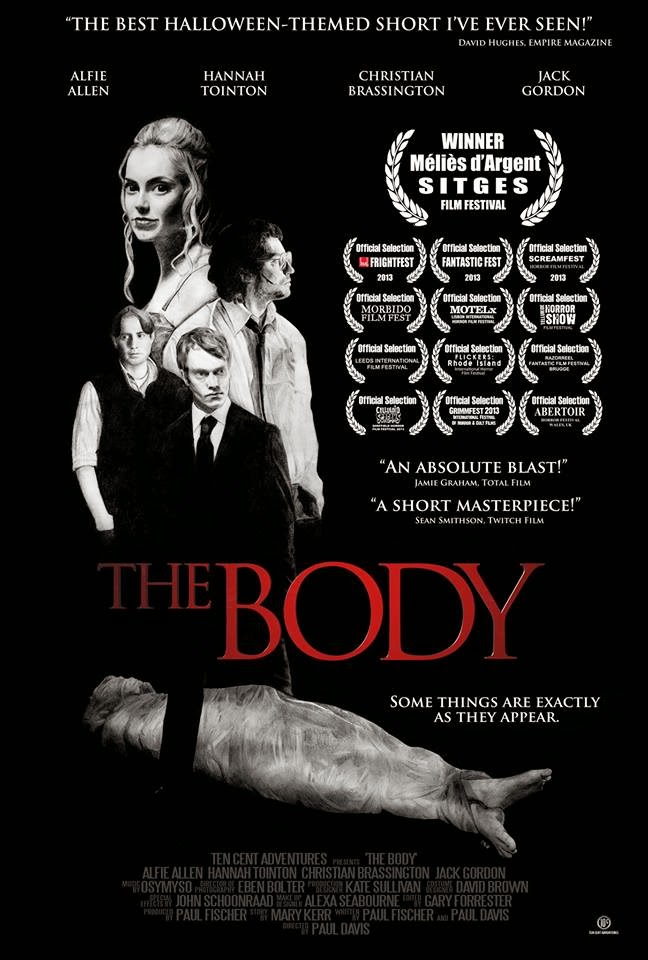 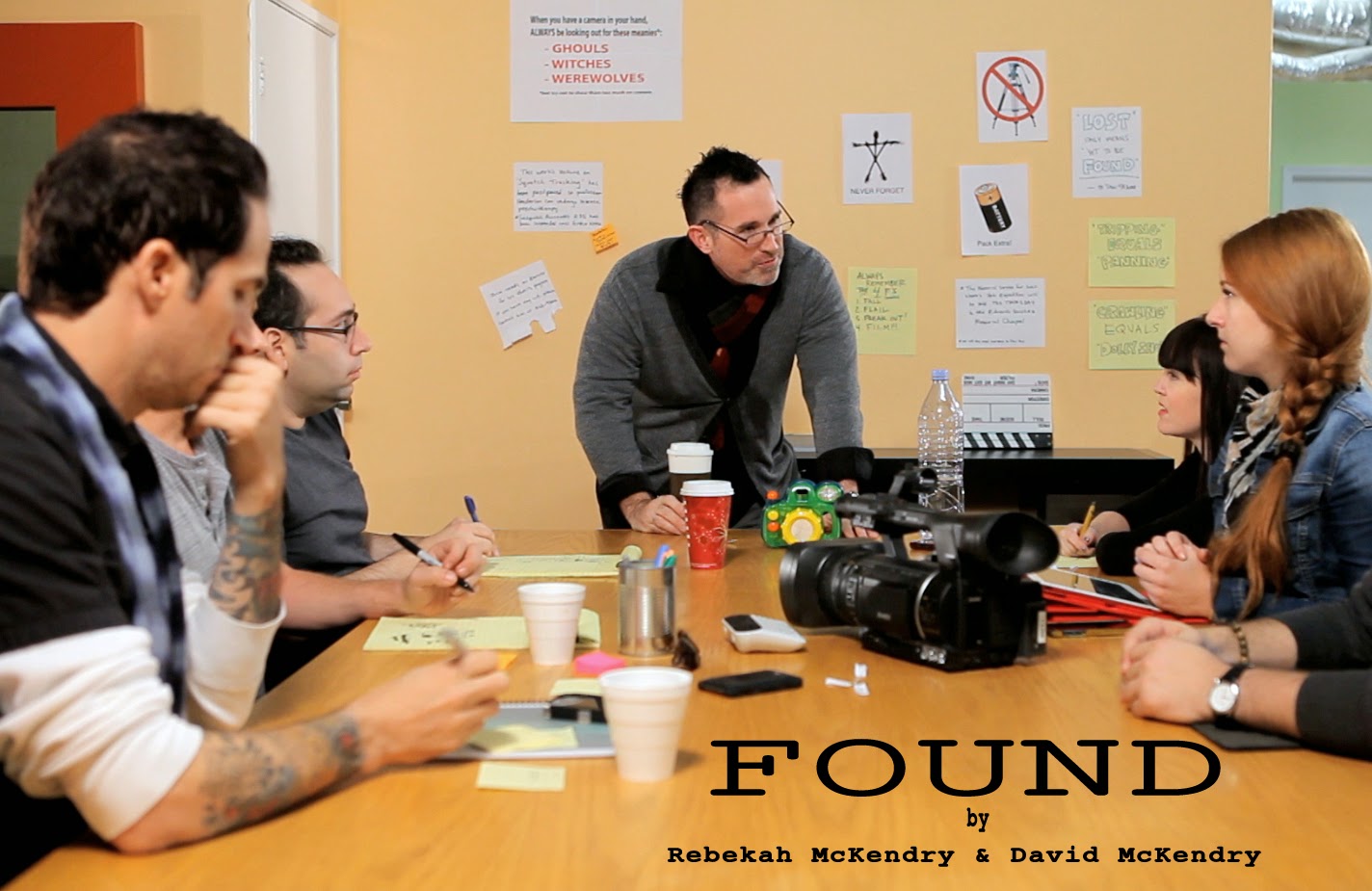 George is a timid freelance artist that has been hired by a famous heavy metal band: REBORTION. Plagued by artist’s block, George falls behind deadline and the band’s daunting front man, Gary, threatens to beat George to a bloody pulp. When George approaches the final hours before deadline and all hope seems lost, he is visited by Scott, an over-confident bipolar demon from hell who is a huge Rebortion fan. Through song and dance, Scott forms a bond with George in order to inspire him to make the most bad-ass album cover ever! 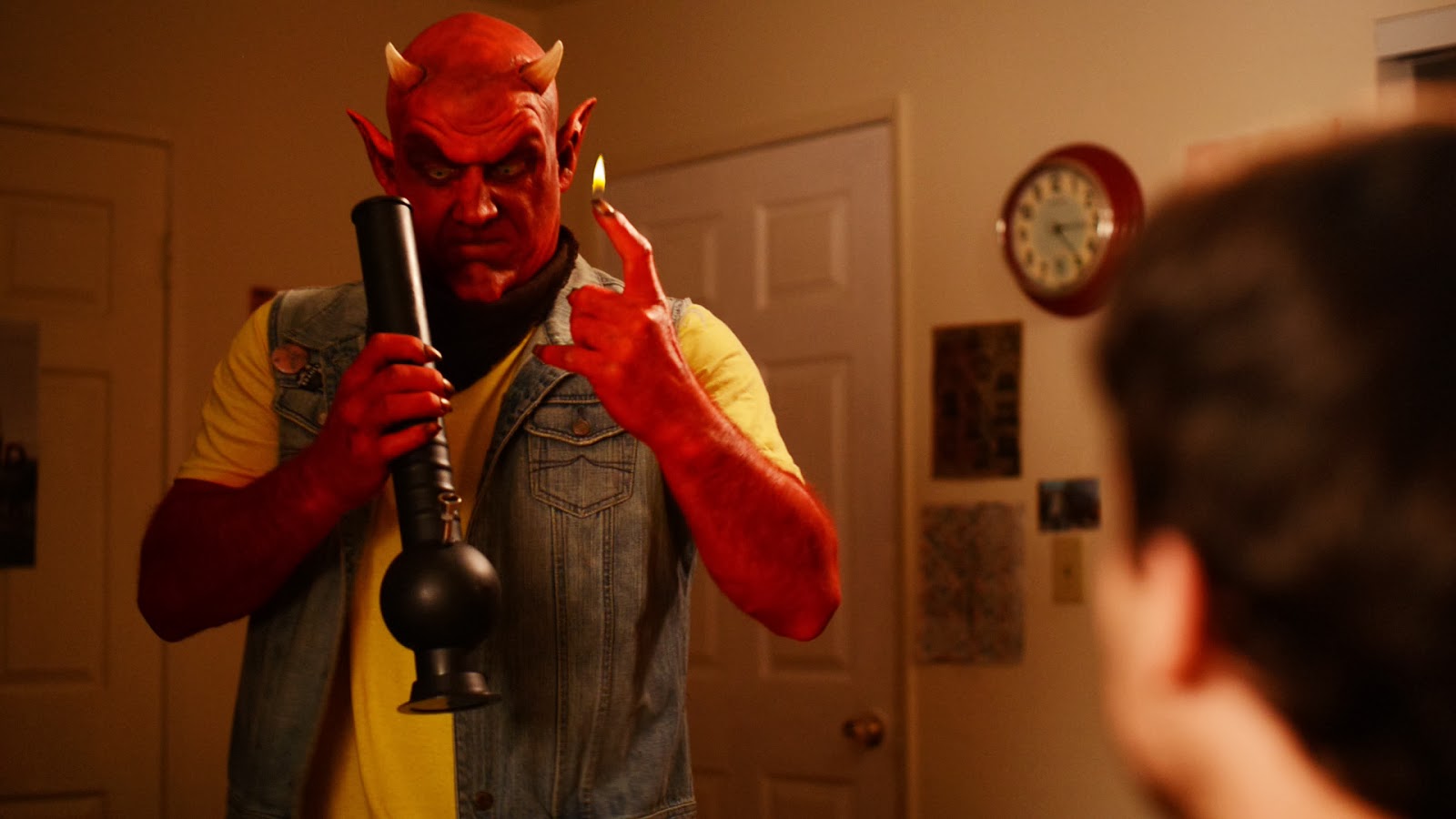 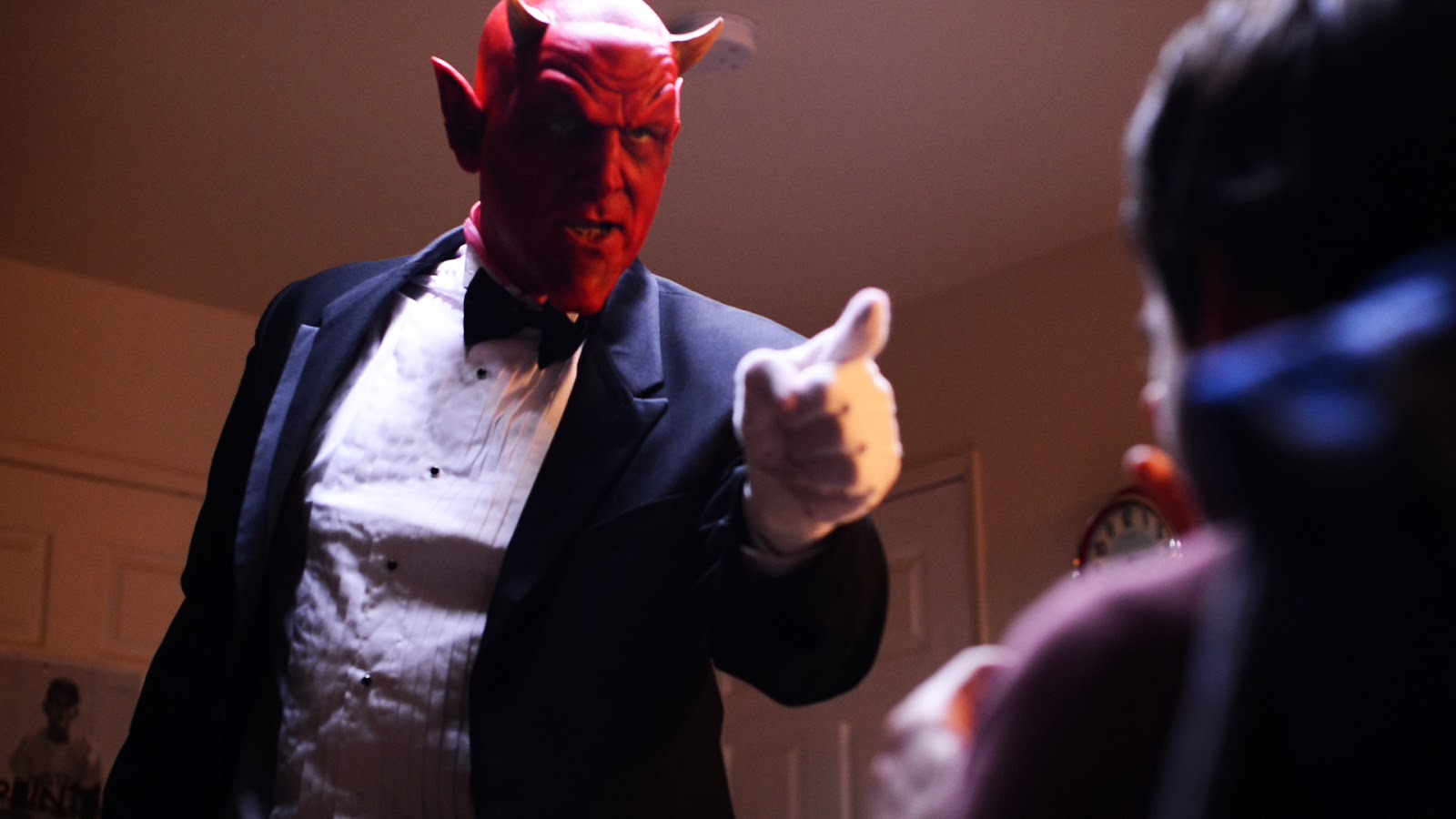 Two girls invite a new friend into their secret game of summoning spirits for the thrill of being possessed. 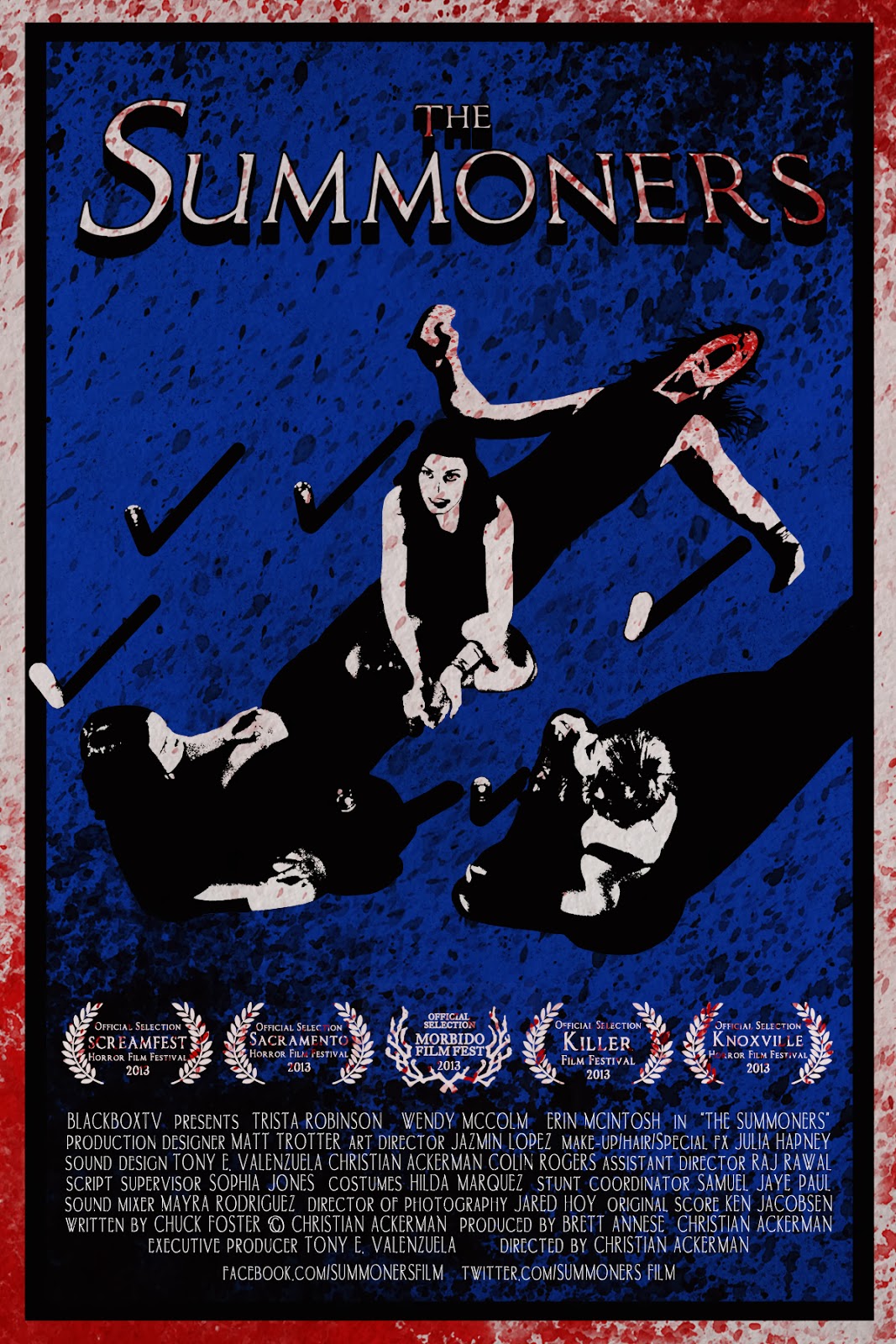 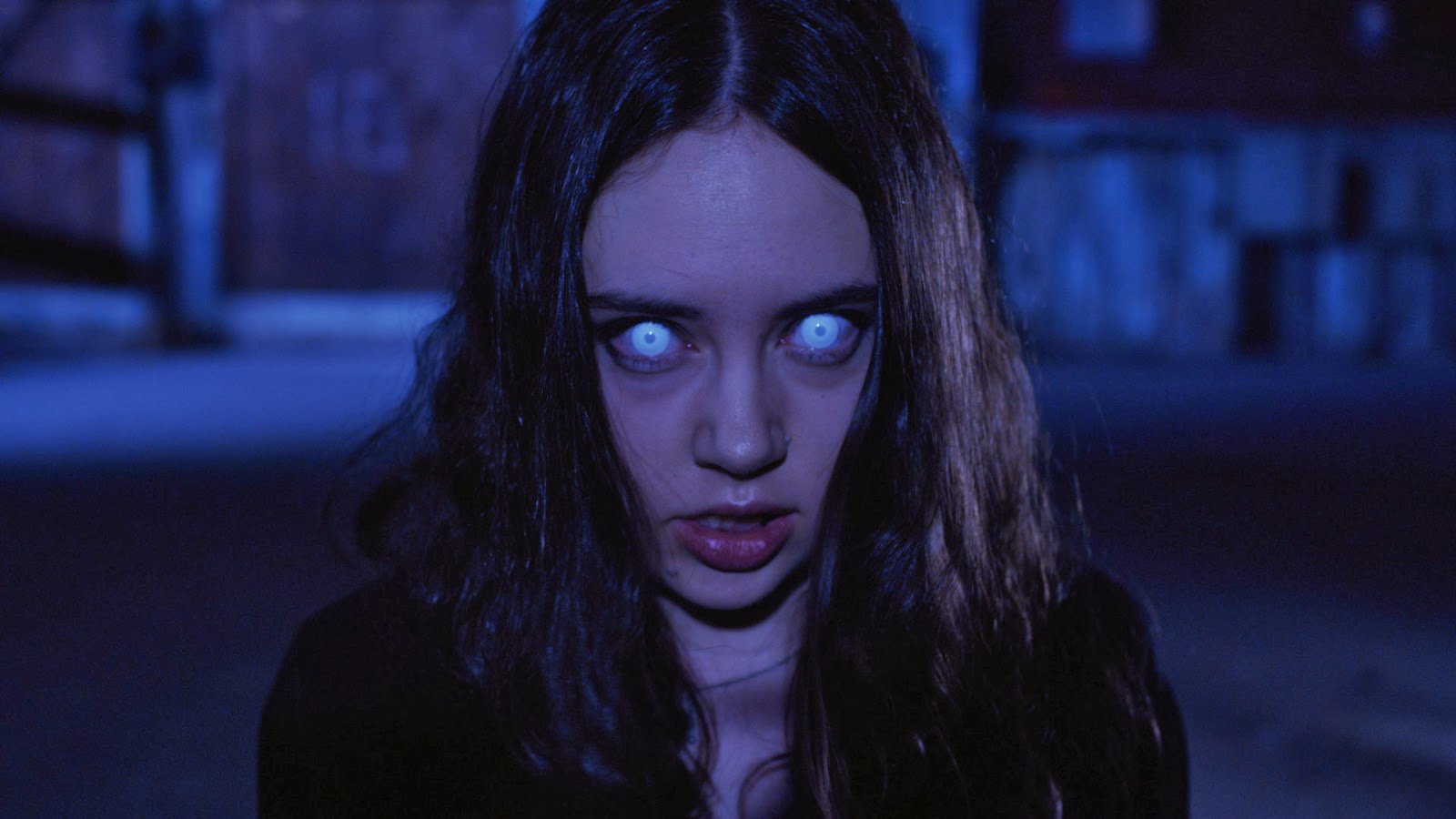 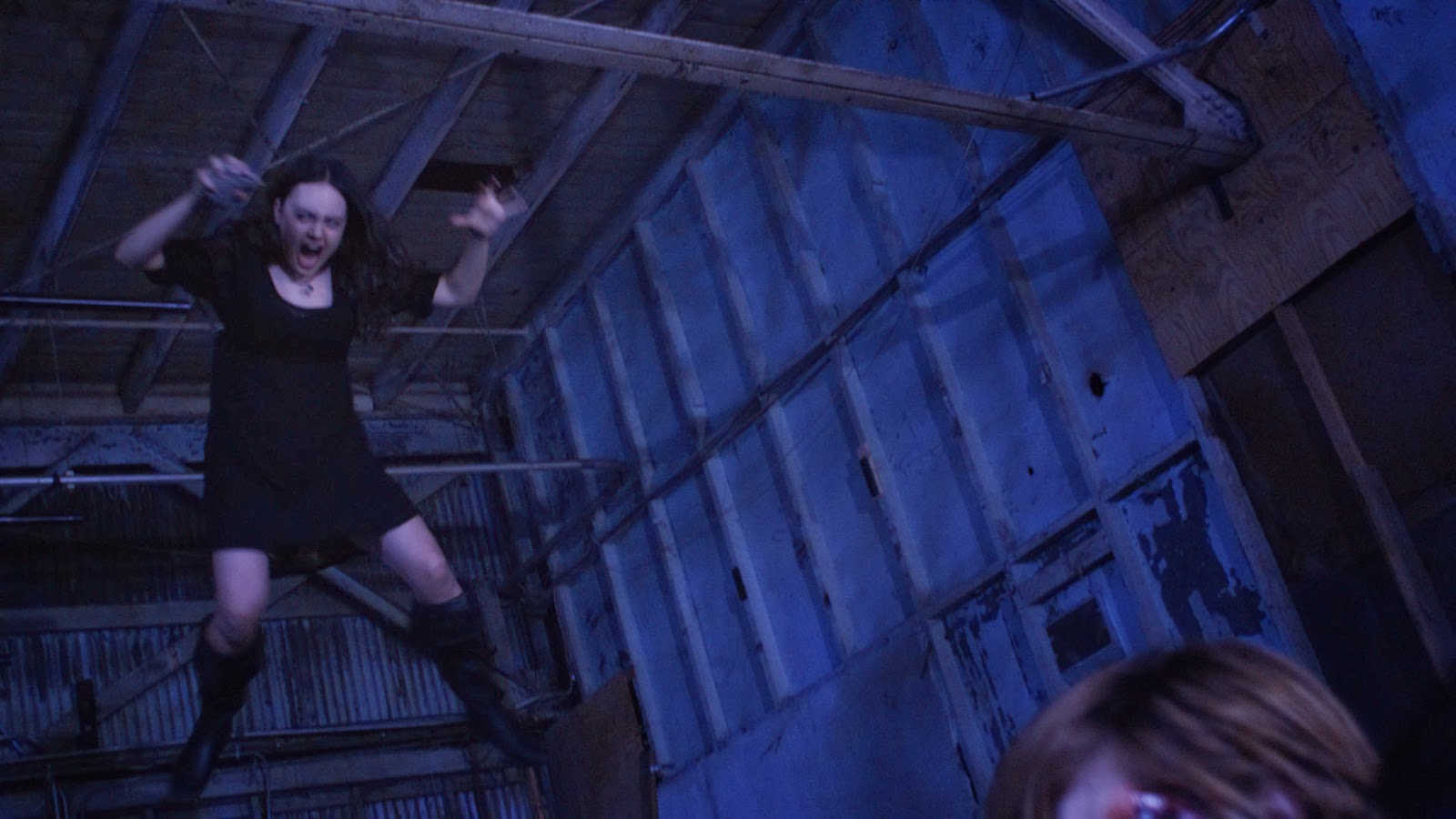 A over-worked housewife discovers an hourglass that magically gives her an extra hour in her day. Posted by Heather Wixson at 1:45 PM