(March 20, 2014)—With the opening night celebration of CineMayhem Film Fest just eight days away, we’re pleased to reveal a special poster gallery celebrating the classic film selections for its second year including THE FOG (1980), VAMP (1986) and HELLRAISER (1987) which were designed by Chelsea Patterson of Cutestreak Designs.

Created in 2013 by producer and horror journalist Heather Wixson, CineMayhem Film Fest celebrates the legacy of independent horror and the films that have- and continue to- change the landscape of genre cinema. For its second year, CineMayhem Film Fest is breaking tradition in order to create a truly unique experience for indie horror fans at its new location, Jumpcut Café (13203 Ventura Blvd. in Studio City, CA) by expanding its celebration of independent horror to three days, beginning on Friday, March 28th and running through Sunday, March 30th and offering passes to each CineMayhem 2014 event at NO CHARGE.

CineMayhem Film Fest will kick-off on March 28th with a special screening of John Carpenter’s THE FOG with the Master of Horror himself in attendance that evening for a very intimate Q&A to start the evening’s festivities. Also screening that Friday evening before THE FOG is UK filmmaker Paul Davis’ latest short film THE BODY which has received rave reviews from festivals worldwide. CineMayhem will also have some special giveaways that evening courtesy of Scream Factory including posters and Blu-ray copies of THE FOG.

For the final night of CineMayhem, horror fans in attendance will be paying tribute to visionary storyteller, filmmaker and artist Clive Barker with a rare exhibition showcasing his “Moontribe” art series, a special viewing of HELLRAISER and more surprises to be revealed that evening.  The short films selected for the final night of CineMayhem include Patrick Rea’s THE HOURGLASS FIGURINE and THE SUMMONERS by Christian Ackerman.

Chelsea Patterson (also known as Cutestreak Designs) is a freelance BFA Graphic Designer in Los Angeles who specializes in vector illustration. Seven years ago she drove across the country in her beat up blue car with a fresh design degree, a million dreams and a 50 pound EMac weighing down the trunk! She has since created heart-felt designs for a wide variety of clients including theaters, musicians, restaurants, photographers, retail stores, and publications to name a few. 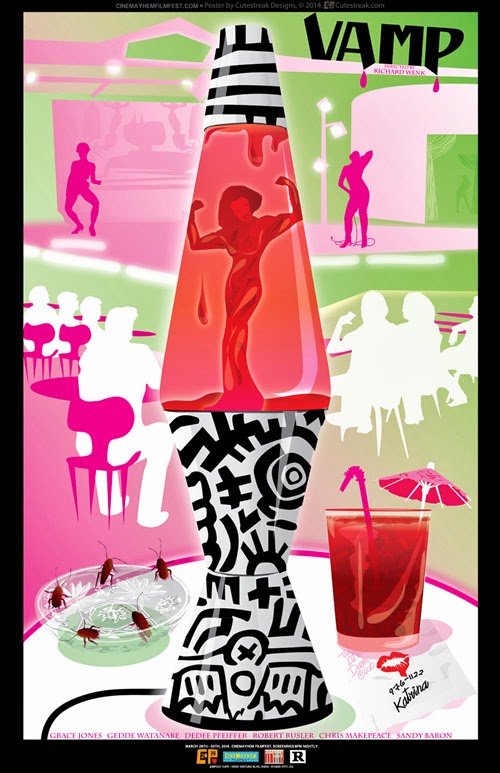 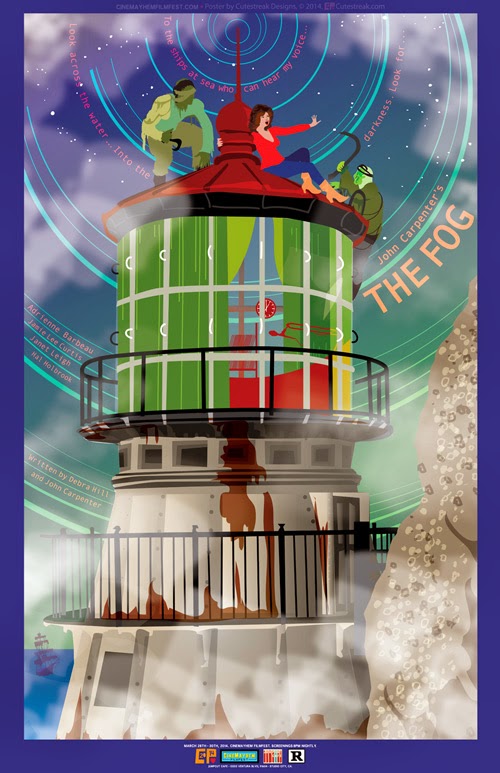 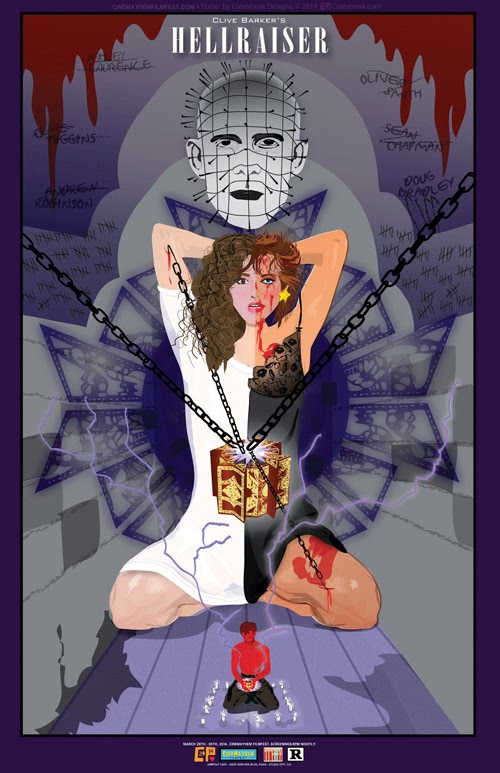 Posted by Heather Wixson at 2:55 PM