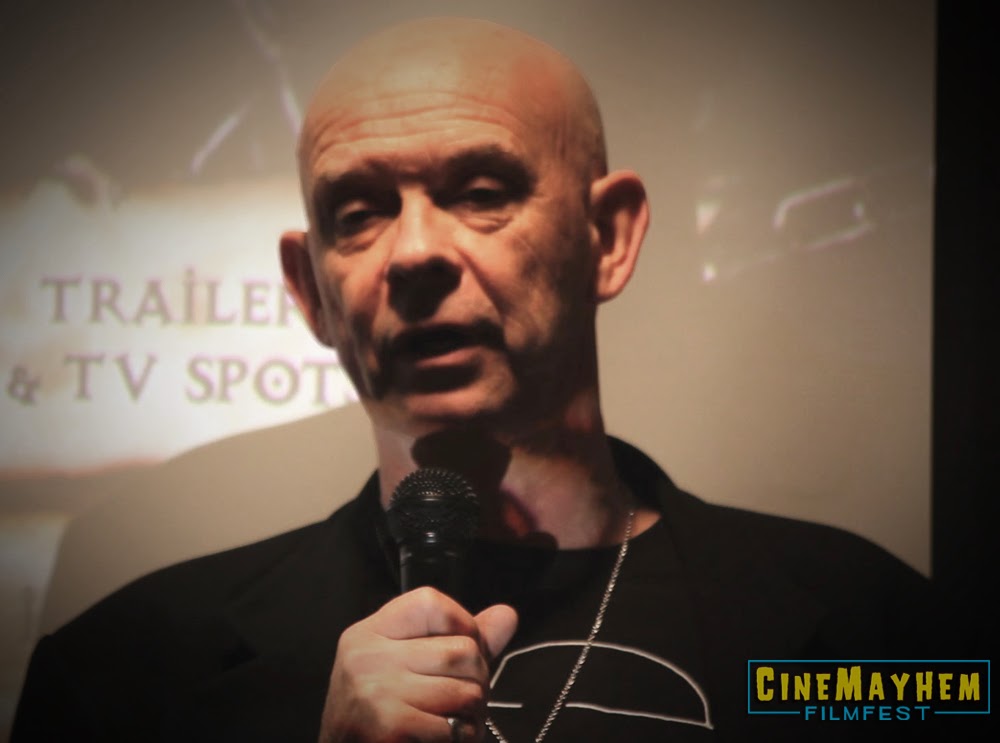 For our final evening of CineMayhem 2014, those in attendance were treated to a surprise visit from none other than HELLRAISER star and horror icon, Doug Bradley who dropped by the Jumpcut Cafe in Studio City to introduce Clive Barker's visionary feature film debut and discuss his experiences in the world of Pinhead over the last few decades now.

Doug was incredibly gracious with his time and spent a good deal of time chatting about growing up with Clive, his early career and the path to playing Pinhead in the original HELLRAISER, how the character and his story has evolved throughout the franchise and so much more.

Check out Doug's highly entertaining discussion of all things HELLRAISER below and be sure to stick around to the end for a very special video tribute to CineMayhem's special guest and the franchise he's poured his heart and soul into for the last 28 years.

Posted by Heather Wixson at 1:44 AM