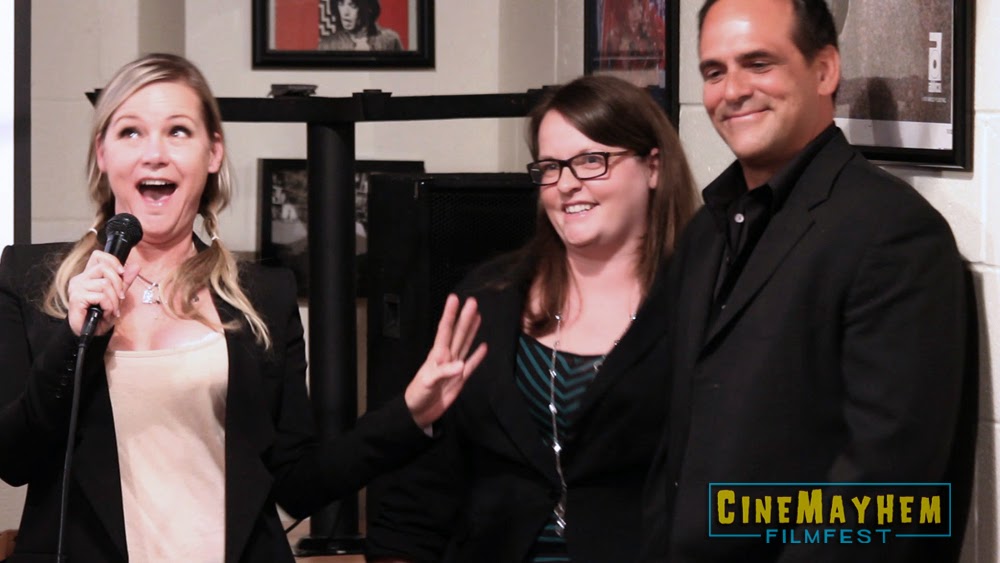 For CineMayhem's VAMP screening, we had planned for our special guest Rusler to join us for a pre-screening Q&A; little did we know he was going to bring along a few friends- the aforementioned Wenk, Pfeiffer and co-writer/producer Donald P. Borchers- for an incredible reunion Q&A event.

Check out the highlights from the VAMP Q&A below!

Posted by Heather Wixson at 3:05 AM